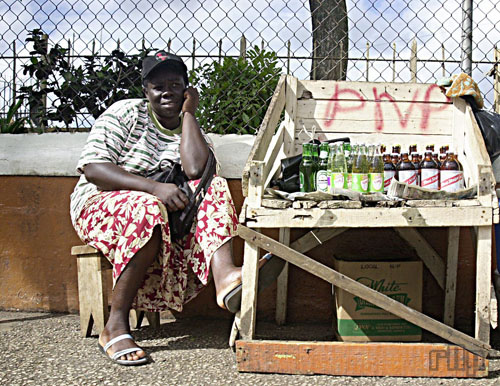 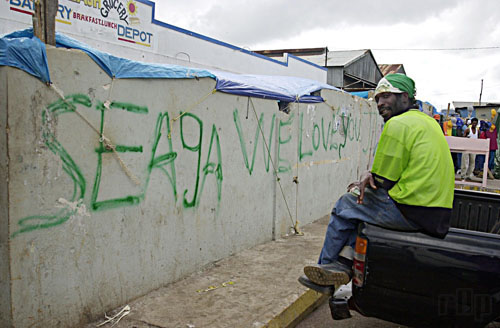 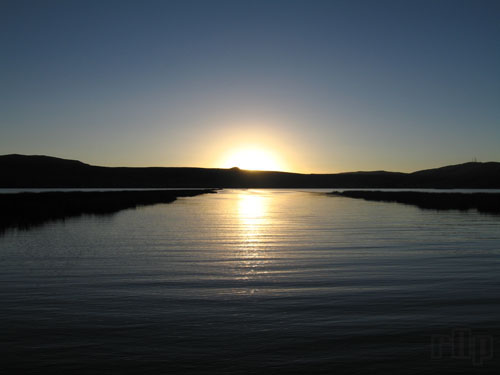 A convoy of intrepid youths cling to the back of a bus as it speeds down a motorway. A sign at the back of the bus reads: 'Take care of your life, don't hold on'. This youthful past time claims many lives each year.

Cuba, 2004 © Yannis Mendez
Characteristic of the resourceful nature of the Cuban people, a young child plays with an improvised kite on the streets of Havana.

View from a Church in Trinidad, Cuba.

Cuba, 2003 © Yannis Mendez
Having been robbed at knifepoint many times, this Peruvian taxi driver believes he has found the ideal solution by welding a metal cage into his car.

Peru, 2005 © Yannis Mendez
This man sits in one of the grand ornate doorways which characterise Havana.

Cuba, 1999
© Ishmahil
Native America children at the mouth of an attributory to the Amazon river.

Equador, 1998
© Ishmahil
Rastaman smoking marijuana. Though the smoking of 'herbs' is mythically linked to Rastafarianism, it is not a tenet of the faith as is commonly perceived.

Jamaica, 2001
© Ishmahil
Gertrude Campbell was one of the early converts to Rastafarianism. She was a mistress to Leonard Howell the founder of Rastafari and still lives a short distance from Pinnacle the home of the first Rasta commune. She is now 95 years of age and became a Rasta in the 1930’s.

Jamaica, 2001 © Ishmahil
This is the ghetto of Boston in Cartegena, Colombia. An ex-soldier invited me here and gave me strict instructions to stay within a 200 yard radius of his home. Colombia is the kidnap capital of the world and is widely used by both the right wing paramilitaries and left wing guerrillas as a means of raising capital.

We select our photographers as much for their visual integrity and creative independence as for their expertise with a camera. We aim to provide the highest professional standards to produce original and inspiring results, without compromising the dignity of the subjects we document.

To use photos from this gallery please > Contact us

The street graffiti of Jamaica is almost always political. Here a  JLP (Jamaican Labour Party) supporter wears the colours of his party, green. The wall slogan reads: ‘Seaga We Love You’,